I have tried to include as much known information as possible with the pictures in the galleries: subject identities, date of catch, bait used, weight (I use Chatillon scales), etc. Please know that we do our absolute best to take care of the fish and release them to fight again. These fish are just too special to be caught only once, and especially with the excellent replica mounts now available. 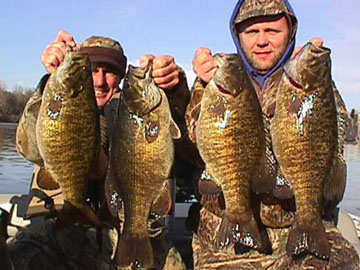 mark. And with other giants, including each getting a 6# 6oz.

fish, their five best fish that day (I ran the boat for them,  but did

not fish at all) pulled my Chatillon scales down to

Wilson  nearly as much, but I've still had many five fish strings from

Wilson  that  weighed over 25#, like these caught with Brad Barker 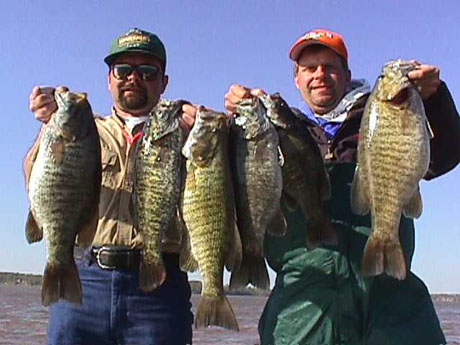 These were caught the last week of March on tubes, spinnerbaits,

smallmouth down on Pickwick (picture is in the Pickwick gallery),

that was much bigger than his 6-8. Our state record smallmouth

than on Pickwick. Check out some big largemouths and spotted

bass in this gallery: 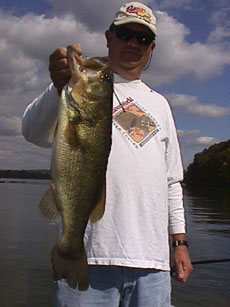 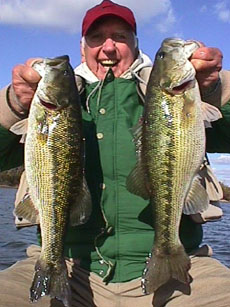 down with our bass tackle! Check out this gallery for more pix of

big stripers like this monster that Joseph Poole from

Stockbridge, GA, is struggling to hold up: 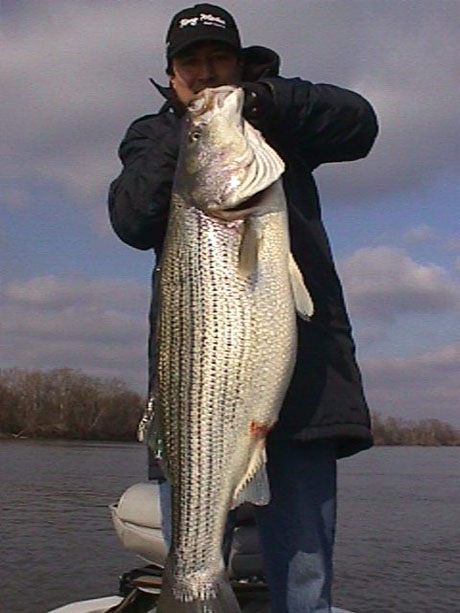 Joseph and I caught several big stripers this day, February 3, 2004

hooks and broke lines like it was sewing thread. Most fish,

including the one pictured, were caught on Zoom Super Flukes

freshwater drum, bluegill, crappie, gar, and other fish while fishing

kidding!  This gallery contains pictures of some of

these other "exotics" (my thanks to Paul Bruun for categorizing

these other fish with such a noble label!). 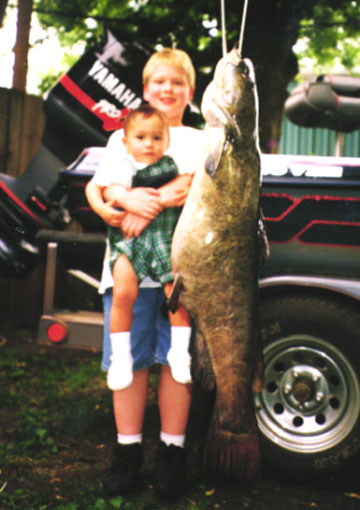 Here are Elliott and Jonathan posing with a big

while bass fishing. And back in March of '91, on a trip with

Keith Gottfried and Tom Schultz, I caught (with a LOT of their

using a white bucktail jig, also bass fishing. I don't even have

a picture of that fish, nor of the 50 pound flathead that Keith

caught with me a few years later on a trip with his wife, Pam.

We took TONS of pictures, but using slide film so it could be

used in magazines, which it was. Lots more catfish, hybrids, and

other "stuff" in this gallery.

Passages: A Tribute Page          When you've done this for as many years as I have, it's inevitable

page is a tribute to those who have passed on to the next life, 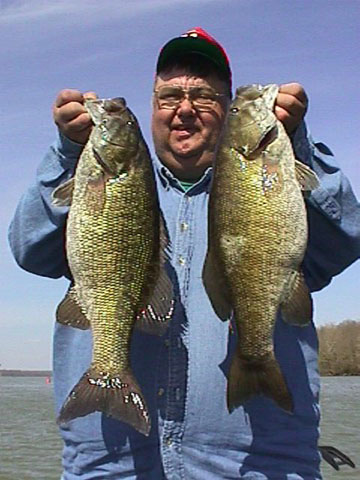 fisherman on the lake; there are a LOT of great fishermen around

here. But sometimes, like when I was fishing with Ben, I know that

I'm not even the best fisherman in the boat! Ben was one of the

handful of best fishermen I've ever known, and it was my privilege

to have fished with him for the better part of 25 years. More about

Ben, and other clients and friends who have passed on, here.

ducks, this has some great stuff. 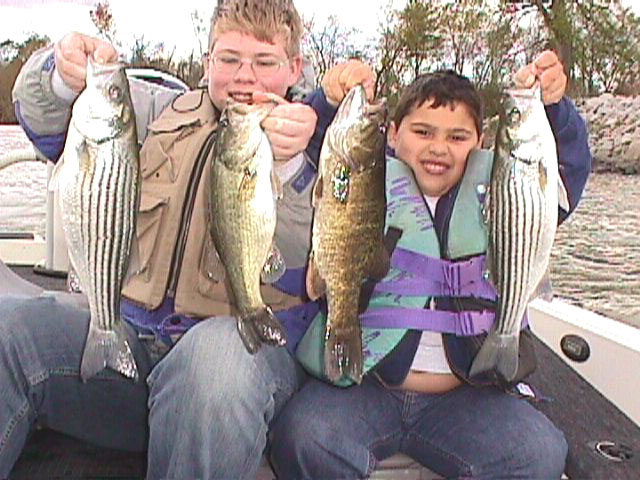